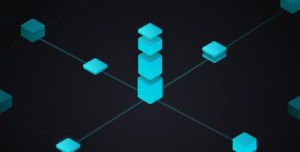 We’ll be talking about this and much more at AraCon, the Aragon community’s first ever large event happening in Berlin at the end of this month.

One story in crypto is the price story — how speculative investments in cryptoassets are performing. In 2018, that story wasn’t so positive, seeing a massive return to earth after 2017’s run up broke gravity.

Another part of the crypto story, however, is the evolution of the underlying tech stack. Still another is the broader global social context that creates a need for those decentralized, censorship-resistant technologies. In those contexts, 2018 tells a very different story.

At Aragon, we sit at an interesting vantage point, not only developing technology but getting to watch as hundreds of projects and organizations start to build on top of that technology. From where we sit, 2019 is poised to be the year of the DAO. Here’s why.

DAOs: What Are They Good For?

Decentralized organizations are good at:

This set of characteristics lend themselves to huge numbers of possible use cases, but a few broad categories that stand out as most relevant are:

Businesses constrained by the existing system, in terms of things like complication around the nature of contributions (i.e. difficulty of fitting people in the box of employee, contractor, etc); jurisdictional issues (i.e. the challenge of operating globally in anything resembling an efficient manner); or regulatory issues — which doesn’t necessarily mean that the business is doing something nefarious, but more that regulation in its jurisdiction hasn’t caught up yet.

Social and political movements that have a mismatch between their reality — which can be highly dynamic, temporary, and built around small diverse actions from a wide variety of contributors — and the organizational forms available to them, which tend to assume long-term existence, similarity of contribution, and fixedness of purpose over time.

Networks such as online communities that start as informal but who wish to be able to coordinate more formal, tangible action.

Globalization Of Talent & Transformation Of “Work”

There are actually many dimensions of how global work is changing but two stand out as it relates to the emergence of DAOs. The first is that talent is more global than it has ever been. As businesses try to recruit that talent, they face massive jurisdictional and regulatory headaches as the current legal system was not organized to accommodate transnational workers. This creates a major financial incentive to organize global work differently.

Another dimension of the changes in work is the nature of what work itself is. In the industrial era and even so far in the information era, “work” has still largely fallen under employment or contract buckets. But what happens when units of work are micro contributions of time, data, processing power etc that don’t fit in any previous legal framework? As new decentralized digital infrastructure is being built, it is exactly these types of “work” that are coming to the fore. New types of work require new modes of organization.

The last few years saw significant financial resources flow into decentralized, open source project ecosystems. These ecosystems promise a different way of doing business to their contributors, including more transparency and even stakeholder empowerment around how those funds are used. These sort of stakeholder-driven communities already need tools for coordination, and this need is significantly increased when those communities are charged with allocating millions of dollars.

One of the most important growth and usage stories in crypto last year was the emergence of open, decentralized finance protocols. Today, hundreds of millions of dollars are locked up in permissionless loans and collateralized debt products that simply couldn’t have existed a few years ago. These decentralized finance tools are creating entirely new categories of business opportunity. At the same time, however, these opportunities exist in a total regulatory gray area, so many are turning to DAOs as a sandbox to experiment outside of traditional organization models.

Normalization Of Participation In Governance

People’s expectations are shaped by what is normal and familiar to them. In line with the growth in resources for open source stakeholder communities, there is also a growing belief that stakeholders should have a hand in guiding the decision making of those communities. As governance experiments both on-chain and off-chain become commonplace, the net aggregate impact is the normalization of participation. In other words, the more people are invited to participate in decision making around the communities they belong to, the more they come to expect that right. This creates motivation for organizations to have systems to incorporate the voices and perspectives of their stakeholders in a more direct and routine way.

Deplatforming Grows As An Issue

For much of the young history of Web3, questions of censorship of centralized social platforms were more theoretical than real. We understood, increasingly, that we had lost control of our data, with its own set of consequences, but there wasn’t yet much evidence of platforms asserting editorial control over who could and couldn’t participate. Early in 2019, however, deplatforming has emerged as a more significant issue, with numerous theoretically uncensorable alternatives to social media and fundraising platforms emerging. Whether this is a real issue or a political football and feigned controversy remains to be seen. However, what’s for sure is that a number of prominent voices are using their bully pulpits to put it in the spotlight.

The last few years have seen a decided upswing in global social and political action. Importantly, this is not just a phenomena of the developing world, but is sweeping the Global West as well. From Brexit in the UK to the election of Donald Trump in the US to the #MeToo movement to the Yellow Vests in France, the world is heaving. As discontent rises, people are looking for ways to channel that frustration into action. It seems likely that as better coordination tools become available, they’ll find a ready audience with those who want to transform the world around them, and don’t have time to wait for bureaucratic organizations to catch up.

Putting it all together

If these trends are driving interest in and need for DAOs, the next question is who is creating the technology infrastructure to actually experiment with new forms of organization?

While it is still very early days, 2019 is kicking off with significant energy in this direction, including dedicated DAO platforms, applications built for those ecosystems, and even protocols experimenting with decentralized governance.

When it comes to new forms of work and organizations, in many ways the entire blockchain space is an experiment, as mining, validating, staking etc all represent new forms of work that are absolutely vital but quite new. The large and growing conversation around “generalized mining” is reshaping how we think about organizing businesses around these types of work.

Other examples of projects playing in the sandbox of new forms of working include Gitcoin, which allows the open source community to incentivize and monetize their work; Espresso, a decentralized datastore that integrates with aragonOS to let DAO teams share files without relying on Dropbox or Google Drive; and Planning Suite, another Aragon app offering a collaborative planning model enabling multiple different groups of stakeholders within an open source or decentralized organization to coordinate the use of shared resources. Finally, one of the most interesting projects in this space is Pando, which actually transforms creative projects that have multiple collaborators — from books to music to video games — into DAOs.

With regard to stakeholder networks needing coordination, there are a number of projects at varying levels of development. Giveth, for example, is creating an architecture for Decentralized Altruistic Communities, an alternative to traditional nonprofits that allow people to organize around causes and collaborate to allocate resources. Another buzzy-but-not-yet-launched project in the space is Moloch, an open source approach to allow communities to fund shared infrastructure, with more information purportedly coming at ETHDenver in February.

Examples in the Decentralized Finance space are incredibly numerous. MakerDAO is an increasingly important piece of the puzzle, with more than 1.75% of ETH locked as collateral in Collateralized Debt Positions of CDPs. Compound Finance allows token holders to earn interest on their tokens. Dharma is building a protocol for credit on blockchains that can support numerous types of lending products. In short, DeFi is one of the most exciting areas pushing the boundaries of how you can reimagine organizational structures even in key market activities.

In the realm of governance, 2019 is posed to see a Cambrian explosion of experimental governance models move from theory to practice. 0x is in the midst of a transition to community governance. At the end of last year Melon unveiled more about its proposed governance approach. These represent just some of the approaches that will allow us to learn and see how decentralized governance works in practice this year.

Deplatforming is also in an interesting trend as it relates to real action. There are, of course, some prominent alternatives to incumbent social networks — such as Gab and Mastodon both trying to create alternatives to Twitter. More recently, there have been some announcements about projects that seek to replace Patreon and Kickstarter. And just in the last week or two, 0xchan was announced, which includes developers who worked on POWH3D. In short, it should be an interesting year for decentralized alternatives to social media and funding platforms.

Finally, when it comes to political and social organizations, the use of DAOs remains to be seen. There are some projects working on infrastructure, like Giveth mentioned above. The exciting thing to see, however, will be whether emergent political and social organizations in the numerous relevant contexts around the world, from Rojava in Syria to the 2020 US election cycle to the Venezuelan crypto community, will turn to tools like Aragon and the apps in its ecosystem as they come online.

In short, when you look at both the trends pointing in their direction and the infrastructure around DAOs that is quickly coming online, it’s hard not to be excited about the possibilities for the year(s) to come.

If you’re interested in these topics, we encourage you to check out AraCon, the Aragon community’s first ever large event happening in Berlin at the end of this month.

Thanks to John Light, Nathaniel Whittemore, Luis Cuende, Lucija Matic for the many inputs.

View all posts by ste

What do you think about it? Cancel reply